FLINT, MI – Spray-painted walls, a crumbling facade and broken windows exposed to the elements make up much of the hulking, dilapidated building on Grand Traverse Street. Known as the former Burroughs mill, the vacant building just south of the Flint River is now the most recent of four adjacent properties purchased by a well-known […] 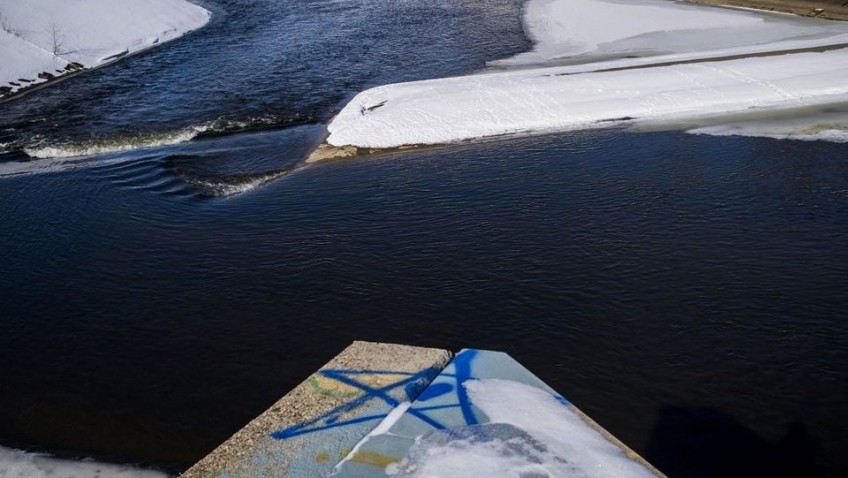 FLINT, MI – Spray-painted walls, a crumbling facade and broken windows exposed to the elements make up much of the hulking, dilapidated building on Grand Traverse Street.

Known as the former Burroughs mill, the vacant building just south of the Flint River is now the most recent of four adjacent properties purchased by a well-known developer with intentions of cleaning up blight and continuing economic development in the area. The building, 416 Grand Traverse St., was purchased in January by River City Developments, LLC. The company is registered to Ridgway White, who was recently named president of the Charles Stewart Mott Foundation.

White said he’s still deciding the old mill’s future, but his overall goal is to improve the area where Kearsley and Grand Traverse streets meet near the river — a central location between downtown Flint and Kettering University, and just south of Hurley Medical Center. Also in the area are the new Tenacity Brewing and a homeless shelter, My Brother’s Keeper.

“I haven’t figured out what to do with the thing,” White said of the blighted mill. “We either have to tear it down or do something with it because I don’t like it in its current state.” White also was behind the multimillion-dollar redevelopment of the Riverfront Residence Hall downtown and the new Powers Catholic High School and Michigan School for the Deaf.

Saying the goal is “beautification and economic development,” White has made four land purchases in that Kearsley Street corridor between 2006 and January 2015: the old mill as well as 501 W. Kearsley St., 630 W. Kearsley St. and 712 W. Kearsley St. White said his interest in the area started when he bought the property at 501 W. Keasley St in 2006. While it currently houses Rogers Foam Corp., it was empty at the time.

“At that point in time, I saw an opportunity for a building that had fallen into disarray but didn’t need a ton of work so that I could create a space that could create a meaningful benefit for the city,” he said, adding that Rogers Foam Corp. brought 50 jobs. Of the four properties owned by River City, Rogers Foam Corp. and 1st Source Servall, 712 W. Kearsley St., are the only two locations that currently have a running business on it.

The fourth property is the vacant lot next door to 1st Source Servall, where work crews are currently removing the foundation of an old warehouse. “I purchased it and there is demolishing going on at the old foundation,” he said. White said he wants to clean up it to “celebrate the beauty of the river.”

Lea said there have been discussions about renovating the store, which has spray paint on the side walls, much to Lea’s chagrin. Though the crews next door removing rubble have been loud, Lea said the changes to the area are exciting. Often, he said, the vacant lot is overgrown in the summer and he’s hoping the cleanup leads to future investments. It was a former Action Auto site, Lea said.

Lea said beautifying the corridor, located just south of the banks of the Flint River, could also mean more usage. He likened it to similar projects along riverbanks in Bay City and Saginaw.

Danette Jenkins, office manager for My Brother’s Keeper, the nearby homeless shelter, said they didn’t realize someone new had purchased parcels of land in the area until construction crews began cleaning up the vacant property between the shelter and 1st Source Servall.

“We saw some machinery coming in to do some development and that brought about some interest in what was going on,” she said. There haven’t been any discussions about River City purchasing the shelter property, Jenkins said. “No one has approached us with any discussions of that nature, not to my knowledge,” she said, adding that they’ve been easy to work with.

A garden outside of My Brother’s Keeper falls partially on land owned by River City, Jenkins said. After the two parties talked it over, River City allowed the garden to remain. “We look forward to working with any of the property owners,” Jenkins said. “We just want to make sure that the shelter guests are able to maintain the garden.”