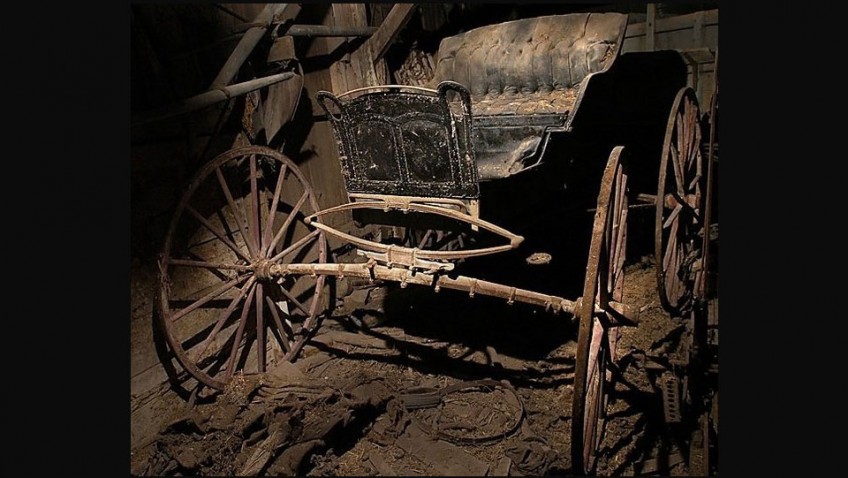 FLINT, MI – General Motors backed up its promise on a continued investment into the city of Flint Wednesday, May 1, when GM North America President Mark Reuss signed an agreement to purchase “Factory One,” the original Durant-Dort Carriage Co. factory located on Water Street in Flint. Reuss called the 133-year-old, 25,000-square-foot historic building – which was the original factory for the carriages – the birthplace of GM.

“Flint is strong and it’s vital to the growth of GM. When Factory One is reborn, it’s going to be great and it’s going to be something we can all be proud of – GM and Flint,” Reuss said. In addition to the pending purchase of Factory One, GM will also become the curator of the Durant-Dort office building located across the street from the factory. The Flint Historical Foundation currently maintains the office building, but it costs about $20,000-$25,000 to heat and cool the facility and another $20,000-$25,000 to do other building repairs. Reuss said GM will now pay for the annual upkeep and repairs costs for the facility.

“We’re going to make that area a really special area. We don’t know exactly what we’re going to do yet, but our initial thought is that in the office building, we’d make that a nice little museum with the original board room, Durant’s desk and all those things in it,” he said. “We’ve got a lot of really beautiful, historic GMC and Buicks in the company that don’t get shown a lot of justice. One of the thoughts is that we’d convert Factory One for (historic vehicles to be shown) and we could launch vehicles like the trucks that are made here in Flint. It’s could be really, really beautiful.”

Flint Mayor Dayne Walling said that the move by Reuss and GM to invest in this way in the city of Flint shows its rededication to the area. “For anyone who doubts General Motors’ commitment to Flint, look no further than the announcement that the original Carriage office building and the original Carriage factory building are going back into General Motors hands,” Walling said. “It’s going to be great to have this asset right on the edge of downtown, right on the edge of the Flint River in the hands of General Motors. That’ll make it a real special attraction.

Walling said that he doesn’t know what GM plans to make of the property, but he would like it to showcase the historical relevance of the city and of the roots of the auto industry in Flint. “It needs to be a place that honors the history of the men and women that led the company, who worked on the carriages and then the cars and, in turn, made General Motors into the largest corporation the world had ever seen in the 20th century,” said Walling. “That part of the city has always been meaningful to me because when you’re on that part of Water Street, you feel like you’re at the crossroads of the city’s past, present and now its future.”

Reuss, who began his career with General Motors at in 1983 at Flint’s Great Lakes Technology Center, said that he wants to continue to grow the company’s relationship with the city of Flint and this is a big step in the process. “I’m really excited. I started my career here in Flint and there have been a lot of hard times and tough things, and now we’ve just got to move on” he said. “We get a little success and we start doing things that we used to do here, and being a part of this community is a good thing.” The news of the pending purchase comes on the heels of GM’s announcement that it would invest $215 million into the Flint Engine Operations as part of $331.8 million in improvements at four of its manufacturing facilities. The move saved nearly 1,000 Flint jobs.

A month prior, however, the company announced its third round of layoffs in as many months, as Flint Engine operations laid off more than 100 workers by eliminating its third shift. That was coupled with the Grand Blanc Weld Tool plant’s Jan. 17 announcement of its closing, displacing 287 employees, and Flint East’s Feb. 5 announcement that 343 employees would be laid off. Steve Dawes, assistant director for the UAW Region 1-C, said that the investment bodes well for the image of GM in the region. Dawes said that Reuss’ passion for the project was apparent and infectious.

“He couldn’t say exactly what the plans were, but he was very excited and I could feel that excitement. GM coming forward with this commitment is going to be something to watch,” Dawes said. “Whenever you have a company like General Motors willing to invest outside of the actual factory or the building of the engine or the stamping plant, or what have you, it’s great news.” Dawes also touched on the possibility of Flint and GM returning to their respective glory days when both entities were used as standards for developing cities and businesses across the world.

“You look back to the 1950s when Flint had the highest percentage of home ownership and was the richest city in the entire country – it shows what we’re capable of in Flint and Genesee County,” Dawes said. “I think it would be great if (Factory One) was turned into another factory that produced 1,000 jobs, and it’d be great if it was something other than that like a museum. No matter what, it’s going to create work – some kind of jobs – and it’s going to create some kind of revenue for the city.” Reuss did not disclose the purchase price of the properties, but said that it was a fair price for the seller of the building, especially accounting for its historical value. He also said that it’s too early to project a timeline for the completion of the site’s