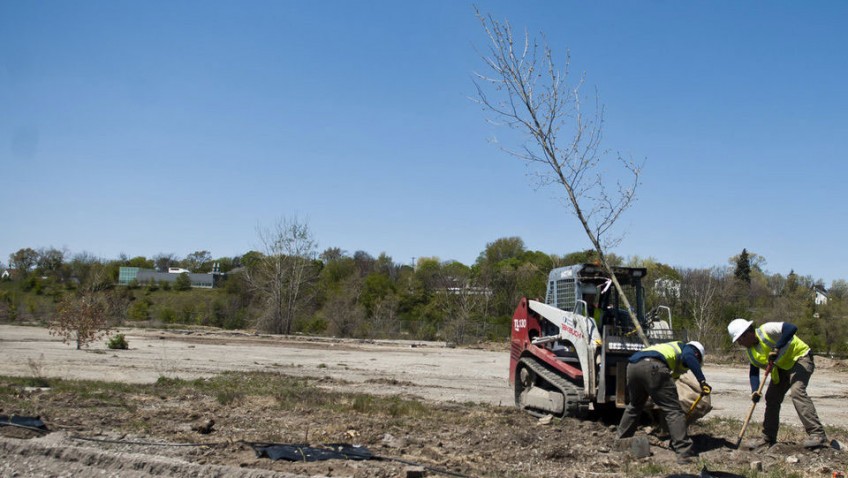 FLINT, MI — More than 1,000 trees have been planted on a 60-acre portion of the former Chevy in the Hole site as part of a cleanup effort that will help transform it from a concrete wasteland to a greener space along the Flint River.

The project was highlighted this afternoon for Arbor Day, and representatives from the U.S. Environmental Protection Agency and local leaders toured the site as project workers continued planting saplings.

The variety of trees — including eastern cottonwood, sugar maple and red oak — are expected to help with the natural breakdown of contaminants at the former industrial site, which holds a prominent place on the Flint River between Kettering University and downtown Flint.

“The way the city and the mayor (Dayne Walling) have envisioned this is a green space to remove this scar on the community,” said project manager Steve Montle.

The work is funded by a $375,000 grant from the U.S. Department of Agriculture and EPA funds and overseen by Environmental Consulting & Technology, Inc.

The trees are expected to mitigate the pollutants present in the soil and groundwater through a process called “phytoremediation,” in which trees take the water from the ground, stabilize or reduce contaminants, and transpire the water as a neutral vapor.

Ownership of the property is in the process of being transferred to the city of Flint. The land is currently owned by the Flint Economic Development Corp., which obtained it for $1 with a quit claim deed from Delphi Corp. in 2008.

“This is a great project,” said City Councilman Sheldon Neeley, who sits on the EDC board. “This is nature cleaning up a man-made mess.”

Montle described the 60-acre portion of the site as being “uniformly contaminated at low levels.” He said the trees will help reduce the flow of polluted groundwater into the Flint River.

Montle was recently recognized by the White House for his work on the project.

He began working on the cleanup as an appointee under Walling’s administration but was hired by the national revitalization group, Center for Community Progress, after the city position was cut by Flint’s emergency manager in December.

Montle was honored Tuesday with the White House’s Champions of Change award for “leaders who are using innovative approaches to promote energy efficiency, revitalize outdoor spaces, encourage transportation options and improve quality of life in our cities and towns,” according to a news release from the Center for Community Progress.

He said at least two more phases, include a wetland, are planned for the project if it can secure additional funding.

“The hurdles have been reduced from barely being able to get over them to so small we can barely see them anymore,” he said. 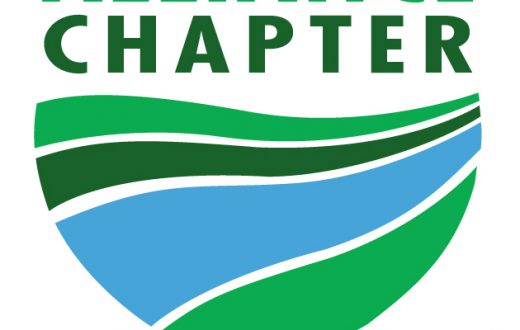