FLINT, MI — The recent purchase of property near the Flint River is just the latest in an ongoing series of potential redevelopment opportunities along the city’s riverfront. And among Kettering University’s master plan, the planned transformation at Chevy in the Hole and other plans, Flint Mayor Dayne Walling said major changes are expected in […] 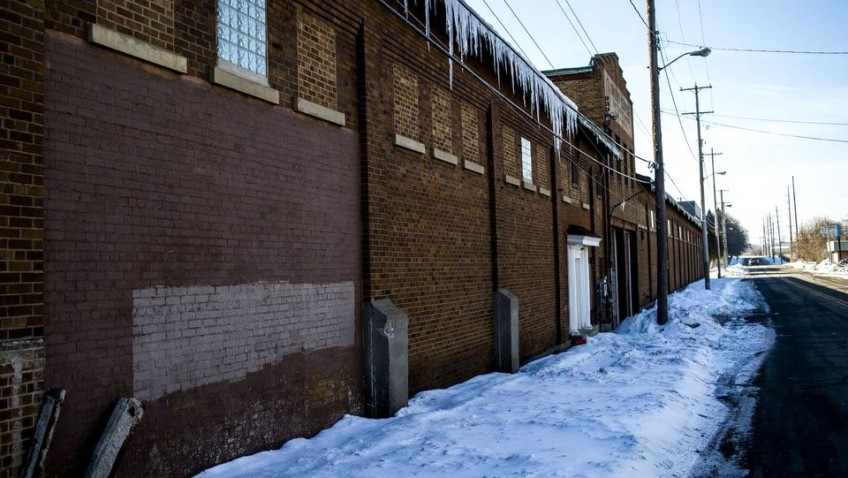 FLINT, MI — The recent purchase of property near the Flint River is just the latest in an ongoing series of potential redevelopment opportunities along the city’s riverfront.

And among Kettering University’s master plan, the planned transformation at Chevy in the Hole and other plans, Flint Mayor Dayne Walling said major changes are expected in the area over the next decade or so. “The University Avenue and Flint River Corridor is going to see more dramatic change in the next couple years than anywhere else in the city,” Walling said. Rebecca Fedewa, executive director of the Flint River Watershed Coalition, said the work that’s being done now is the results of a decade of work by members of the Flint River Corridor Alliance and city officials.

“We see the river as a tremendous asset to our city,” she said. “Our backs have essentially been turned to the river for a while now.” The city’s vision for the riverfront, Walling said, includes mixed use facilities and properties for new businesses, housing and green spaces, as well as beautification and restoration. “The river is becoming a real draw because of what the corridor can offer as far as quality of life for residents and also an interesting environment for new small businesses,” he said. “There is also a large number of underutilized buildings and properties along the river left over from the former factories, parking lots, bars and businesses that depended on factory workers years ago.”

Already the intersection of Grand Traverse and Kearsley Streets, just south of the Flint River, has seen Tenacity Brewing recently open its doors. Three other nearby properties were recently purchased by River City Developments, a company owned by Ridgway White, president of the Charles Stewart Mott Foundation.

White said development along the Flint River is crucial for the city’s future. In addition to the properties he purchased in the last year, White had also purchased one property 10 years ago. In 2006, he bought 501 W. Kearsley St., which sat empty at the time. Soon after, Rogers Foam was brought into the property, bringing 50 jobs. “I’ve had a long-term interest in the Flint River,” White said. “I’ve always felt it’s a long-term, positive benefit.”

Walling said city officials are looking at options for federal, state and private funding for the Hamilton Dam, for which the first phase would cost an estimated $3 million. “This is an urgent priority in the adopted capital improvement plan and the city has pledged the first million to the project based on the emergency need,” he said. The first phase would “maintain the water impoundment upstream of the dam with a naturalized design that would then have a series of smaller cascades going downstream.”

In order to fully naturalize the river to allow boats and fish to travel upstream and downstream, Walling said it would cost more than $50 million. “Naturalizing would require a major federal investment,” he said. “It’s not feasible in the current fiscal and partisan atmosphere in Washington.” However, in the future, Walling did say the city may look at naturalizing specific items rather than do the whole project at once. “We could look at naturalizing elements of the river at a lower cost in the future,” he said.

The first phase of a multi-year, three phase project is beginning this spring and summer at Riverbank Park. Flint Downtown Development Authority Director Gerard Burnash said the first phase is budgeted at $300,000, with money coming from the Michigan DNR Trust Fund grant. The first phase will include several changes, including softening some of the hard concrete areas and filling in the channel on the north side of the park. “The DEQ mandated it has to be at this level because of the state of the Hamilton Dam,” Burnash said.

The second phase would include infrastructure improvements, including electrical and lighting, but funding is still being figured out to develop the timeframe on that, Burnash said. Meanwhile, the third phase would just include wrapping up the project, he said. The timeline for completion isn’t set. “It’s kind of a dynamic work in progress,” he said.

In Kettering’s 10-year master plan, released on Feb. 12, the university shows a vision to connect to the Flint community and downtown. This means green spaces, including connections to Chevy Commons and Flint River trails. There are also plans to connect campus buildings, including an enclosed bridge over Chevrolet Avenue, that pay homage to the bridge that used to exist at the Chevrolet Complex.

Chevy in the Hole

Meanwhile, the longtime major eyesore and former General Motors industrial site will become Chevy Commons, a natural park along the Flint River which is expected to include wetlands, woodlands, grasslands and other green areas. The Genesee County Land Bank and city of Flint, which owns the site, came together to put a plan together for the site, which served as the backdrop for the Sit-Down Strike of 1936-37 and now holds a prominent place on the riverfront between downtown Flint and Kettering University.

A $1.6 million grant from the U.S. Environmental Protection Agency paid for a draft plan, with the majority of the money going toward the upcoming construction. Before that, thousands of trees had been planted on the site to help naturally remove contaminants from the area.

“The demographic changes and housing market dynamics are driving more people into the core of the city and there’s going to be an expansion of development around downtown into the adjacent area,” Walling said. “The Flint River corridor is the first place where the environment is right for that to happen.” With River City purchasing several properties along Grand Traverse and Kearsley streets and Kettering expanding its push for downtown, White said the city’s master plan will match perfectly to help downtown.

“It’s a natural expansion area that could occur over time,” he said. 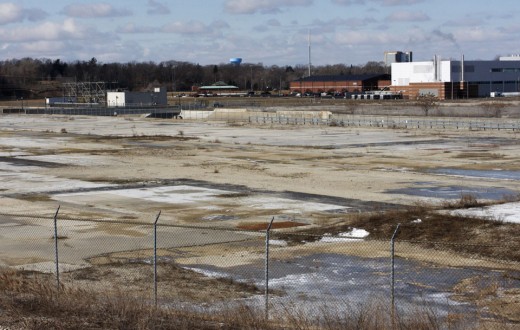